Whether you’re a Korean BBQ grilling pro or a first-timer you’ll be hard-pressed to find a better city for Korean BBQ than Los Angeles. LA is home to the highest population of Korean Americans so naturally they throw down Korean BBQ better than anyone. In the “capital of Korean America”, you’ll find the infamous and sprawling Koreatown dotted with bars, clubs, stores, and restaurants across Wilshire and Western Ave. When the sun sets and the lights illuminate the  emerging tourists and natives the town comes uniquely alive. The eclectic culture built over 60 years sucks you in, to the point where you’ll forget you’re in America. We found close to 47 Korean BBQ restaurants and are sure we missed a few that failed to meet our criteria. Although LA sits at the top of the Korean barbecue food chain not every Korean BBQ spot is a winner. Thanks to our Restaurant Delight Index (RDI) score we can tell you with the utmost confidence that we found the best Korean BBQ Los Angeles has to offer. The RDI is a deliberately unforgiving, unfeeling monster. If customers aren’t raving about the restaurant, their score drops and it’s a tough climb to get back up to the top. So let’s get to it!

Genwa Korean BBQ on Wilshire is the best Korean BBQ in LA. Genwa is one of the most popular in LA so you’re more likely to wait. Make a reservation if you’ve got a group larger than six especially for those prime time hours. We’ll throw out a fist bump when that badass feeling of skipping past the long line comes your way, plus your friends and family will love you that much more. Even if you don’t, it’s still well worth the wait.

Genwa is on the pricier side for Korean BBQ (think Fogo), but you can see why the moment you walk in. They’ve designed the interior to promote an upscale Korean BBQ dining experience. It’s clean and modern without being too stiff. The small portions but wide varieties of side dishes are brilliant, which helps Genwa stand out from other KBBQ places in LA. To top the meal off Genwa serves complimentary desserts, soju, and fun lollipops.

If you’re looking for a special occasion, fine dining Korean BBQ experience in LA with friends and family, Genwa Korean BBQ is your best bet.

What to order:  Prime Galbi, Japchae

I personally enjoy grilling the meat, but here they help you grill it to perfection and I don’t mind it one bit. Let the pork belly masters show you why they’re the masters. They’re a little lighter on the side dishes compared to Genwa, but they serve pickled radish and ggaenip (perilla leaves) for your wrap which is surprisingly homey and country but not the most typical in Korean BBQ restaurants.

Included in the Eight Korean BBQ experience is a bowl of seafood soup and kimchi fried rice made from the same pot to soak in all the flavors. And wait for it… they top it off with cheese 😍 so save a little room in your stomach for the end.

Ssam Korean BBQ takes the prestigious LA crown for best Korean BBQ. Get ready to feast like a king and be treated as such. Customers raved about how quick and attentive their servers are regardless of how busy they get. The first crucial seconds after being seated can set the tone for the rest of the night; at Ssam the banchan (side dishes) come out immediately so you have something to hold you over before the meat takes over. Thankfully, Ssam hasn’t quite hit the mainstream yet so wait times are relatively shorter but with a top shelf experience.

But atmosphere and service alone don’t get you the top spot in LA, when everything boils down all that matters with Korean BBQ is the meat. Ssam delivers, their pork belly is one of the best in town. The cuts are so thick they come off the grill crispy on the outside and juicy on the inside –pork belly heaven. Doesn’t hurt that Ssam’s unlimited fresh veggies to wrap your thick cuts of grilled meat is on point. Their cilantro that comes with is a pleasant surprise, rare for Korean BBQ but to tell you the truth, it shouldn’t be.

A total of 47 Korean BBQ restaurants in LA were reviewed and of those 35 met our criteria of having more than 264 reviews and passed the Fakespot fake reviews test.

Based on this distribution, you can see there are only a few Korean BBQ spots in LA vying for that third spot but have to make considerable progress in delighting their customers. The rest are unlikely to challenge Ssam, Genwa, and Eight so we can be confident these are your best bets for months to come. Interestingly, our winners were the only Korean BBQ restaurants in Los Angeles that earned an RDI score of 80. What does that mean? 80% of customers were delighted by the Korean BBQ experience, which is impressive. In other words, 4 out of every 5 customers loved their time there. What surprised me about the Korean BBQ LA scene is the fact that it would be a coin flip for nearly half the restaurants. If you were trying Korean BBQ for the first time and randomly picked a popular Korean BBQ spot you have a high chance of leaving either unimpressed or dissatisfied.

We’ll be updating this post regularly over the year to give the Korean BBQ restaurants in Los Angeles some time to accumulate reviews. That will only increase our confidence in these scores. Until then try out these Korean BBQ spots and pro tip: it’s always better with friends. 🙂 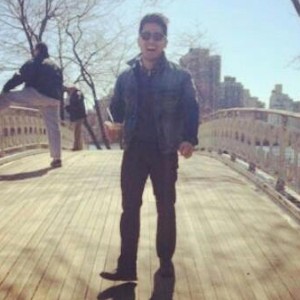 Biased towards seeking truth, I often find myself wrangling data to uncover reality good or bad. Sometimes my cat, Bobbi, gets in the way but that's life. You won't find me cooking up fresh recipes and that's my gift to you guys. But better believe I'll be there when data is needed.